After six months in Europe, a two weeks’ roadtrip to catch up with friends and family in a loop of the South Island seemed only right.

We started like all Wellingtonians taking their car south with a four-hour voyage across the Cook Strait. A calm sea on the Interislander ferry was a relief but the trade-off of summer mist meant missing the best of the views of the Wellington coast and Marlborough Sounds.

Three hours after berthing in Picton we’d left the heavy ferry traffic behind and were driving under the blue skies of Tasman Bay. Our friend Ben lent us his tent to pitch by his tiny home in an orchard at Mapua. Over two days with Ben we walked the country lanes on return trips to Mapua village, floated in the swift current of the river and took in the clear dark starry nights. 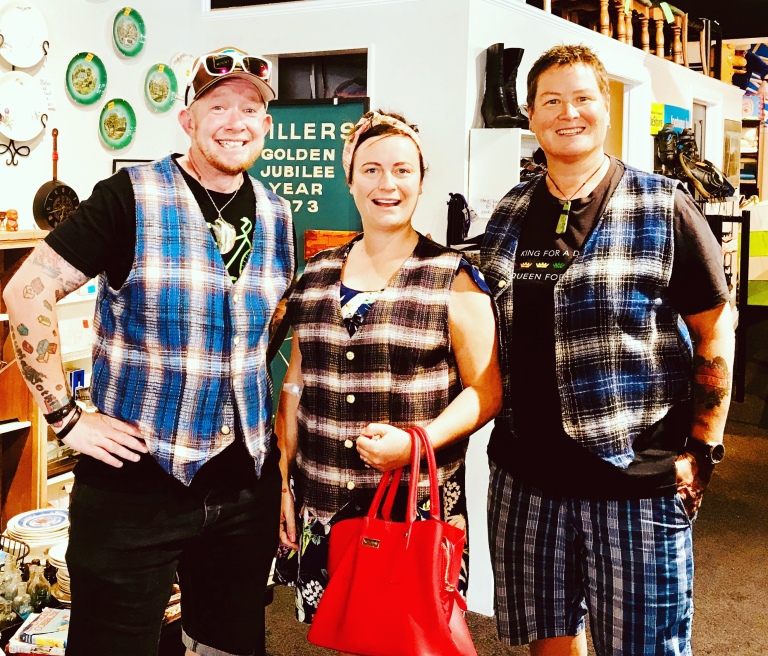 Collingwood in Golden Bay was our next destination to visit a brother and his family. With rain on the radar we stayed in a hut at Ao Marama camping resort, a former Buddhist retreat surrounded by bush and bird life with a walk to a virtually private beach. Catching up with the family meant a big afternoon at the school pool (everyone in the town has a key) and playing rounds of a kid’s version of Monopoly into the night. Back at Ao Marama, our hut shuddered under a thunderstorm. 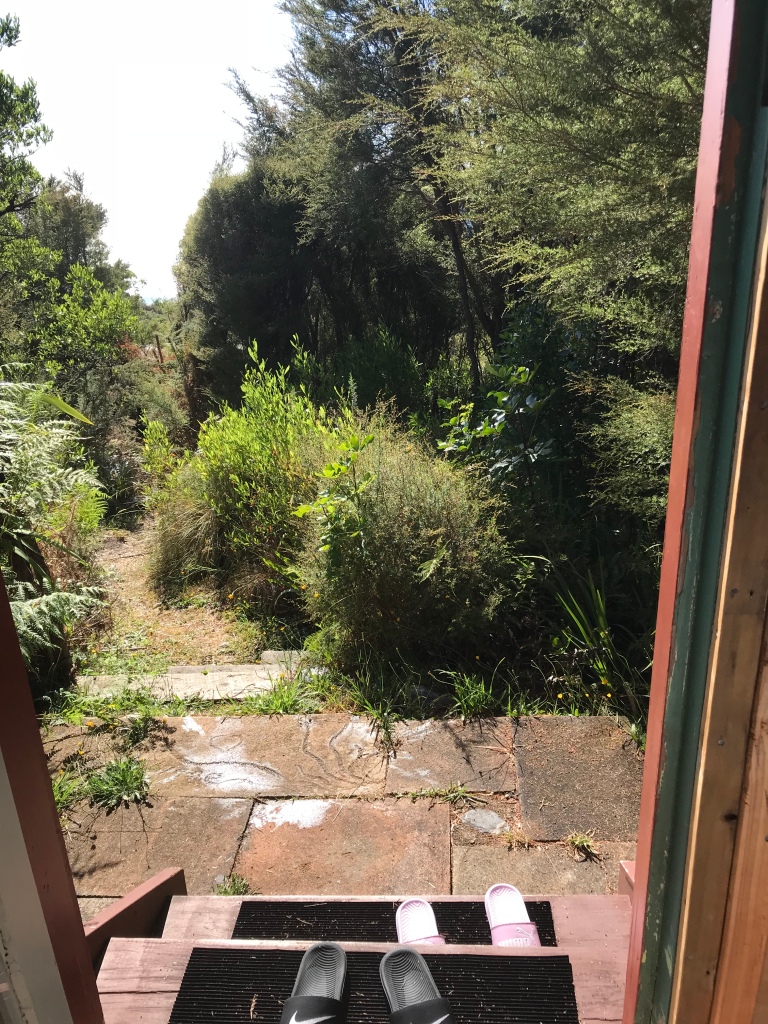 Heading between the bays involves a trip over the formidable Takaka Hill. Distracted by roadworks we sadly missed the turn off to take a cold new year’s dip in Riuwaka, Resurgence, the spring of fresh water that bubbles up from under the mountain at the head of a river.

However, a hot coffee spill meant an unscheduled dip in another river as we headed to the West Coast on the road from Motueka. The bare grey snow lines of mountainous ranges towered over farms and orchards in the valleys we drove through.

Staying a couple of nights in Westport, with a Mum in tow we did a day’s drive over through the hills to Karamea stopping at the wild stoney beach Gentle Annie and historic Seddonville pub on the way. Fourteen kilometres on an unpaved road out of Karamea led us to short bush walks to the natural phenomena of Oparara Arches and Mirror Tarn. Blue whio ducks are returning to this pristine area through conservation efforts. 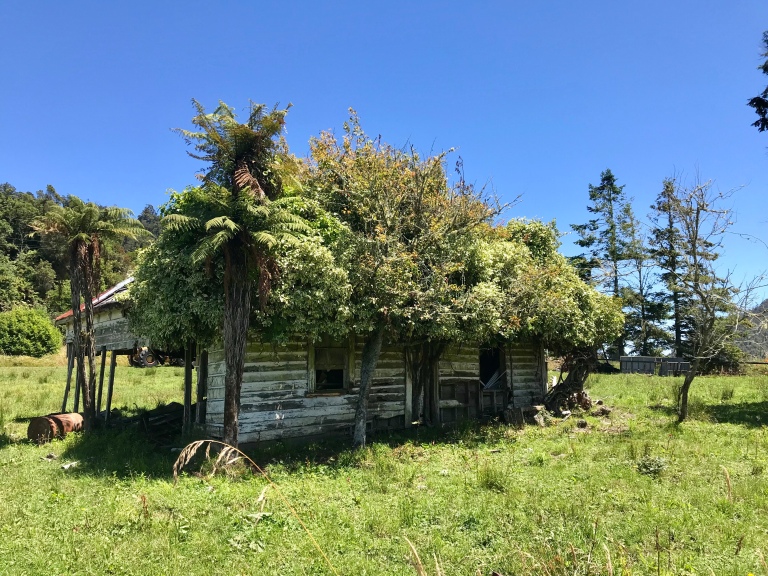 The drive south from Westport took us through a heavy west coast rainstorm before finding blue skies again. We skipped a visit to the pancake rocks and blowholes at Punakaiki having seen them several times before, yep, spoiled rotten!

We treated ourselves to a 30 minute morning helicopter ride over the Franz Josef glacier including a 10 minute stop on the mountain. The views were beautiful above the glacier (melting due to global warming) though the air currents make the flight a bit bumpy and occasionally nerve wracking. 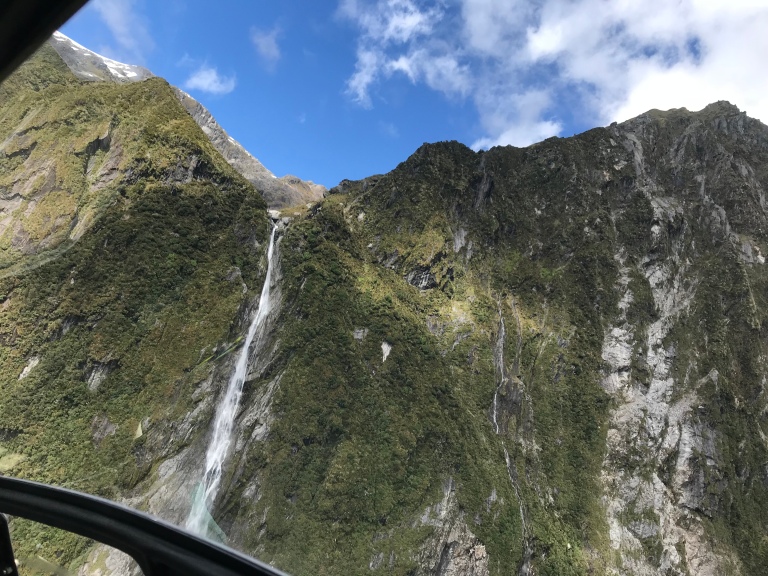 Lake Matheson near Fox Glacier was too ripply to deliver on its promise of a mirror reflection of the mountain range including Aoraki (Mt Cook) but the short walk in to the lake was worth the stop. 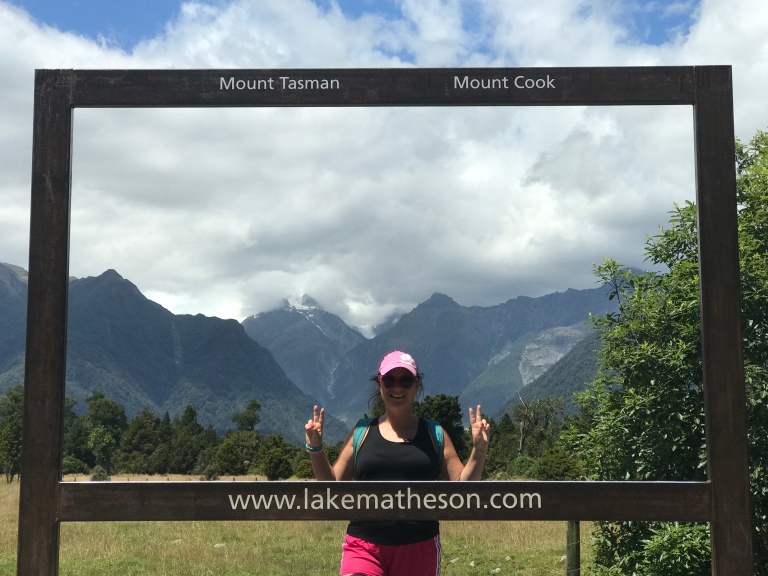 Taking the road south then inland to Wanaka provided plenty of chances for waterfall spotting and a last look at the west coast beaches and rainforests. 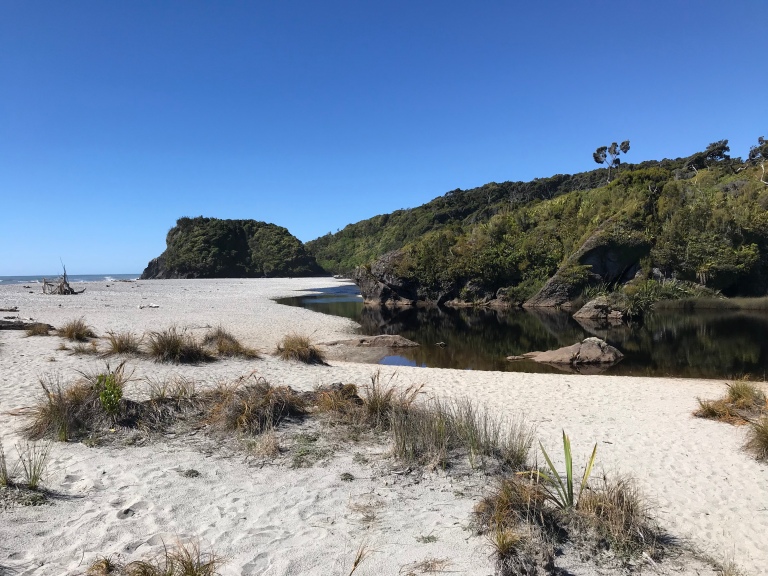 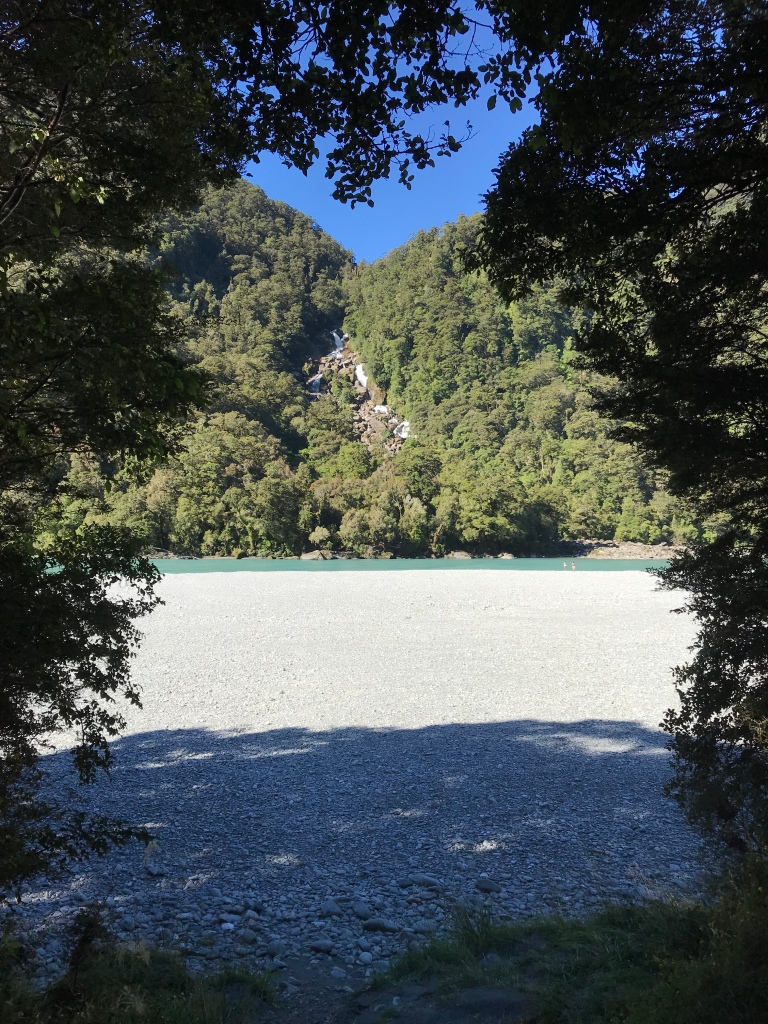 From Wanaka to Dunedin the landscape changed dramatically offering up craggy farmland, orchards and dam lakes.

We stayed a couple of nights with a friend out of Portobello on the Otago Peninsula helping shift the poo of her collection of ponies and donkeys. 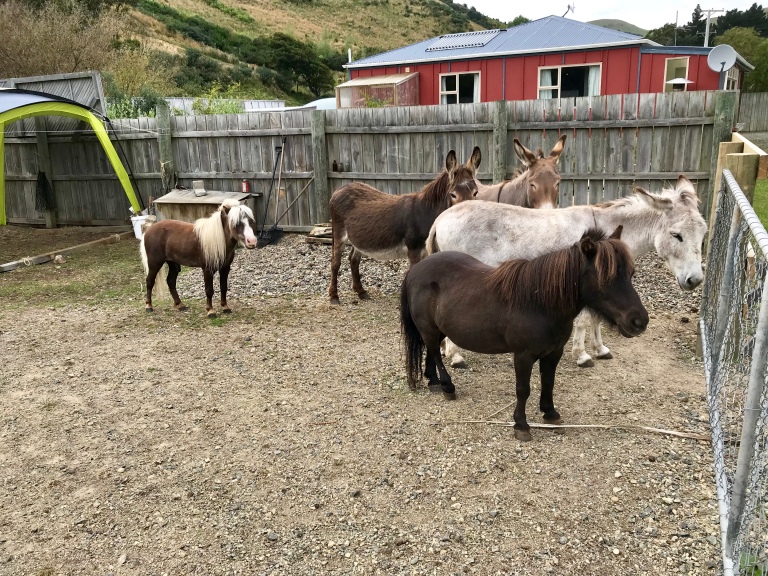 Heading to Christchurch, once past the Moeraki boulders, the long drive through the Canterbury plains is a big yawn compared to the West Coast.

Oamaru has dubbed itself steampunk central which adds some interest if you care to stop, which we didn’t this time.

Christchurch cousins let us in on their beach life in North Brighton. On hot weekend afternoons we took on big waves and watched young surf lifeguards go through their drills. A little lost blue penguin needed saving after was being tossed on the beach far from home.

With an overnight stay in Kaikōura we were just a couple of hours from our midday ferry back to Wellington in case post-earthquake roadworks caused delays. We’ll be back another season for a longer slower loop.

I'm a Pakeha storyteller, traveller and photographer from Aotearoa New Zealand. I share tales of adventures, and just try to learn as I go and be a better human in the world. View all posts by Mojo Jack

Showing the beauty of this world through the people, places and culture

There is no time to be bored in a world as beautiful as this.

Travel Blog - Travel with me around the world; the way is the destination - Buen Camino!

fernweh. (n) an ache for distant places; the craving for travel.

Welcome to a space about sparkling wine, winemakers and lost empires along the trails of the Alps and Adriatic Sea.

classiccarmen.wordpress.com/
3 Star Hotels in Makkah, Saudi Arabia
From The Notebook

A moment with me

Seeing the World One Trip at a Time

We're gonna travel the world by bike to spread love, respect and culture of bicycle all over!

Full time dreamers, part time travelers, the World how we see it.